Fifth-generation Nebraska rancher Jerry Connealy brought a lifetime of experience to his role as chairman of the Certified Angus Beef ® brand’s board of directors, which he led through 2019.

Growing up on the Sandhills ranch near Whitman that his great-great-grandfather homesteaded, Connealy took classes on raising cattle before he learned to drive. He watched his father purchase their first Angus cattle and slowly helped him build their registered herd.

He came back to the ranch in the 1970s with his animal science degree from the University of Nebraska and focused more attention on the Angus herd.

“Since then, I’ve grown the numbers significantly,” he says.

A supporter of the Certified Angus Beef ® brand in general since its inception in 1978, Connealy was chosen to serve on the board in November 2014. It was an educational as well as leadership experience, he says.

“I made a trip to Wooster (Ohio) and really delved into the inner workings of what the brand was and its pull-through effect in the market,” Connealy says. “It wasn’t really until then that I realized how big it was and how impactful it was on my business and on my customers’ business.”

In November 2017, Connealy was elected board chairman for a year.

“I was honored to be chosen,” he says. “My expectations for the year were high because I was aware of how supportive the team has been, but those expectations have been more than met.”

To hear him tell it, the rancher simply presides over meetings, confers with President John Stika and “acts as a cheerleader” for the brand.

“The leadership team with the Certified Angus Beef ® brand is more than capable without me,” Connealy says. “In this position, and as a seedstock producer, I do everything I can to allow the brand to grow.”

To hear Stika tell it, Connealy has continuously pushed the brand to focus on the future, challenging leaders to keep innovation in their approach.

“Jerry is a firm believer that there is always room for improvement,” Stika says. “His forward-looking leadership exemplifies the phrase, ‘don’t put off until tomorrow what you can do today’.”

“The brand has benefited from his support to foster a healthy sense of urgency,” he adds. That means identifying, vetting and then pursuing any opportunities that can better position the brand for continued success to deliver greater benefit to family farmers and ranchers, as well as participating meat companies, distributors, grocery stores, chefs and ultimately consumers.

Connealy typically takes little credit but shares excitement about progress the brand has made during his term.

“It has been a privilege to work with the team and see the inner workings,” he says. “Acceptance rates for the brand have been at an all-time high and product continues to move out the door. Those are the things that make me smile.”

The rancher doesn’t see an end to growth.

“The sky is the limit,” he says. “We’re going to continue to set records and grow, and tap into those future customers who don’t yet know about the Certified Angus Beef ® brand. I see it as a huge wheel that struggled to get turning, but now that it is turning, it’s going to be hard to stop.”

As his term winds to close, Connealy will keep translating his years of board experience to active support on his family ranch.

“I’m going to put the pressure on high marbling genetics,” he says. “And I’ll be educating my producer customers with what that means, because driving commercial operations toward quality makes us all profitable.” It also satisfies consumer demand for great-tasting beef through the Certified Angus Beef ® brand. 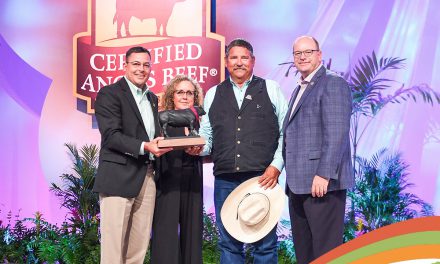 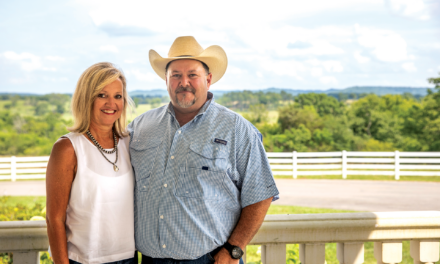