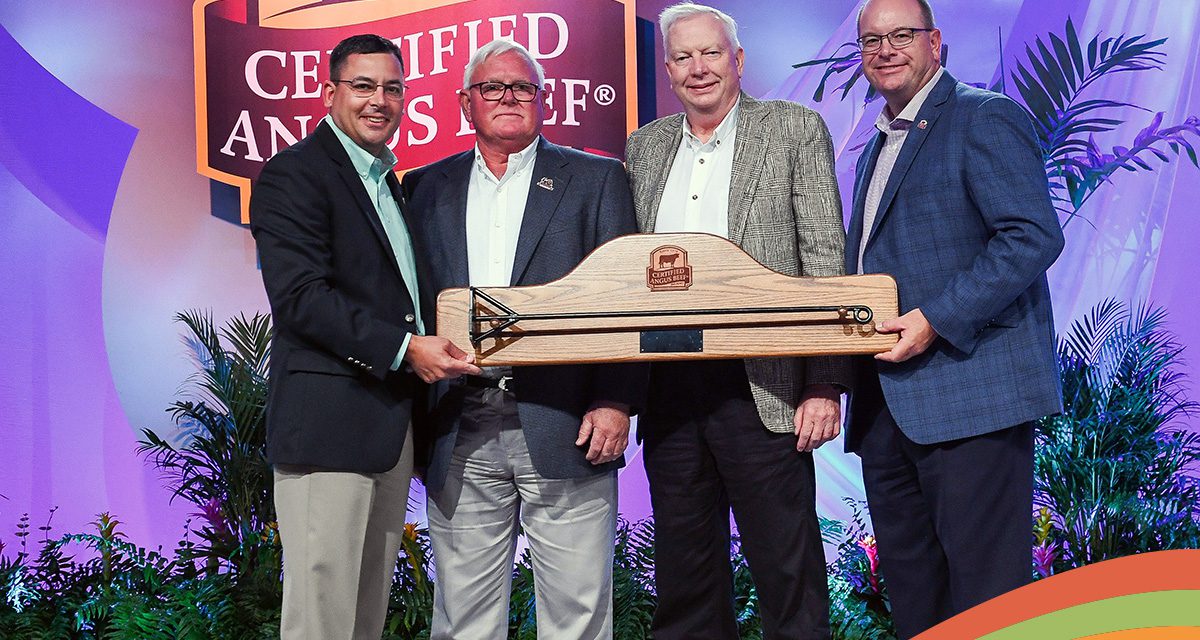 A hardware salesman and a hand surgeon walk into a pasture…

For Phillip Smith and Dr. David Taylor, there’s no need for a punch line. What might sound like the start of a tall tale is a typical Tuesday afternoon. Cattle have always been in the cards for these cousins from Ozark, Ark. “Any kind of cropping just doesn’t work well here,” Smith says. “The soil is silicone based,” Taylor adds. “It’s thin and retains little water, but we grow grass really well so cattle are the best way to approach it.” Then the corner of his mouth starts to shift. “It’s just a giant solar panel that takes oxygen, carbon dioxide, water and sunlight to produce grass,” he says. “Grass doesn’t have a lot of value, but we have these great machines out here, these black machines,” he laughs, “that take that grass and make something of high value.” 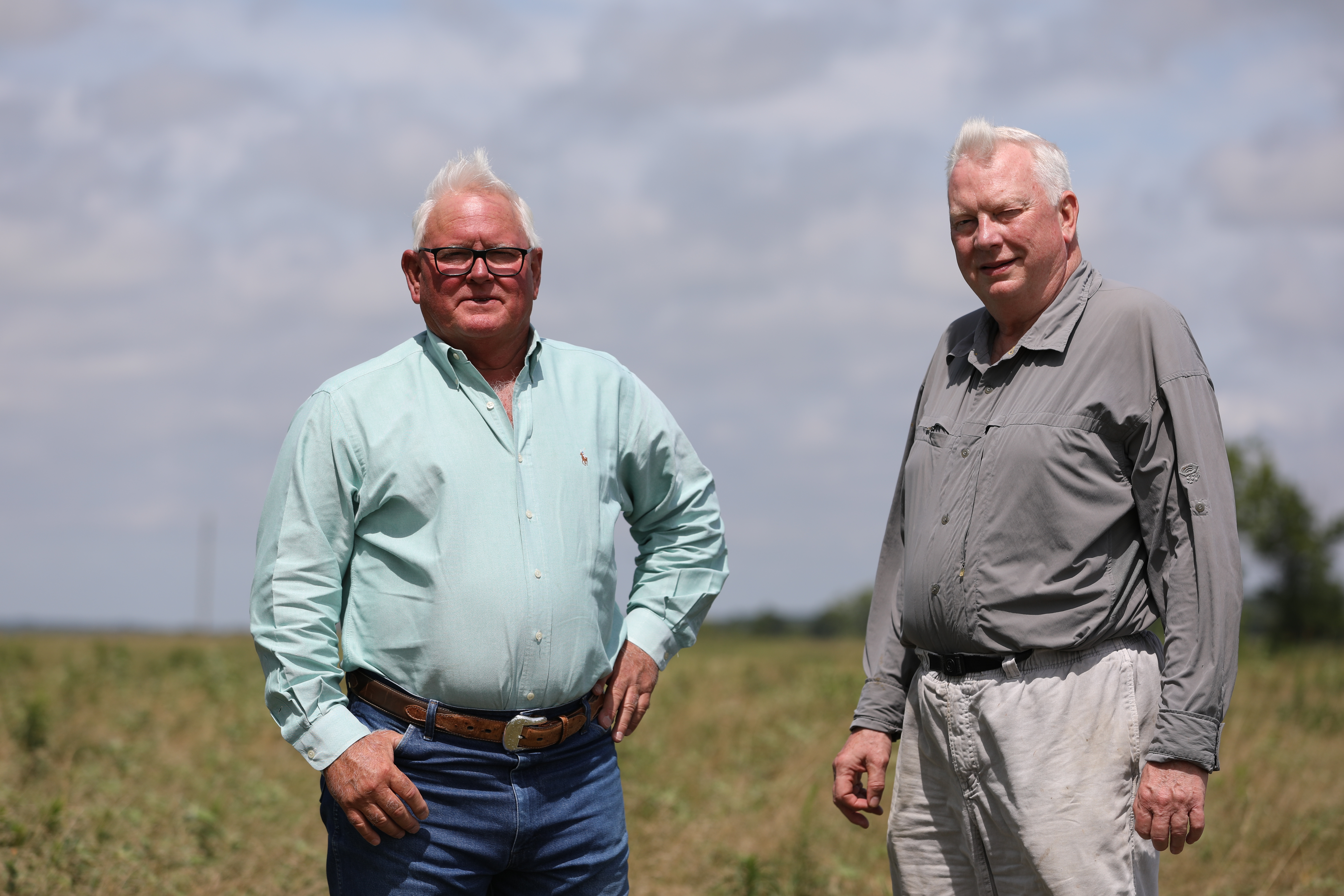 It’s true, evidenced by a recent closeout of the cousins’ cattle that says 73% achieved Certified Angus Beef ®(CAB®) and Prime. “Having pride in what you are producing is very important,” Taylor says. That’s why he and Smith raise cattle with a specific purpose and why CAB honored them with the 2018 Commercial Commitment to Excellence Award recently in Maui, Hawaii. Their partnership, STP Cattle, is built on what the brand stands for, and those “machines” are top of the line. “Is there anything you would suggest we improve?” Taylor will ask visitors observing the herd. No matter the information he holds from hours of research, he knows there’s always more to learn, something he and Smith can do better. The commercial pairs grazing both sides of the road reflect that desire. “We want a bull that has balance, strength, no extremes in one area or another,” Taylor says. An expected progeny difference (EPD) in the high percentiles for marbling with moderate birth weight and frame size rank high on their list of sire qualifiers. Docility can serve as a tiebreaker.

Discouraged by the cost of replacement heifers that met their strict standards, the cousins started selecting for and breeding their own. “The bulls that we are purchasing for AI [artificial insemination] and cleanup aren’t typically terminal sires, so they pretty much have to do everything,” Taylor says. They find those bulls at Gardiner Angus Ranch, near Ashland, Kan., even though they AI every female. “We have more control over our own destiny,” Smith says. “We’re selecting bulls that we could never possibly own.” As a result, carcass quality is on the rise. “AI simplifies the management,” Taylor says. By shortening the breeding window – 80% of STP calves are born in the first 30 days of the season – they’ve seen improvement in management, marketing and grass. 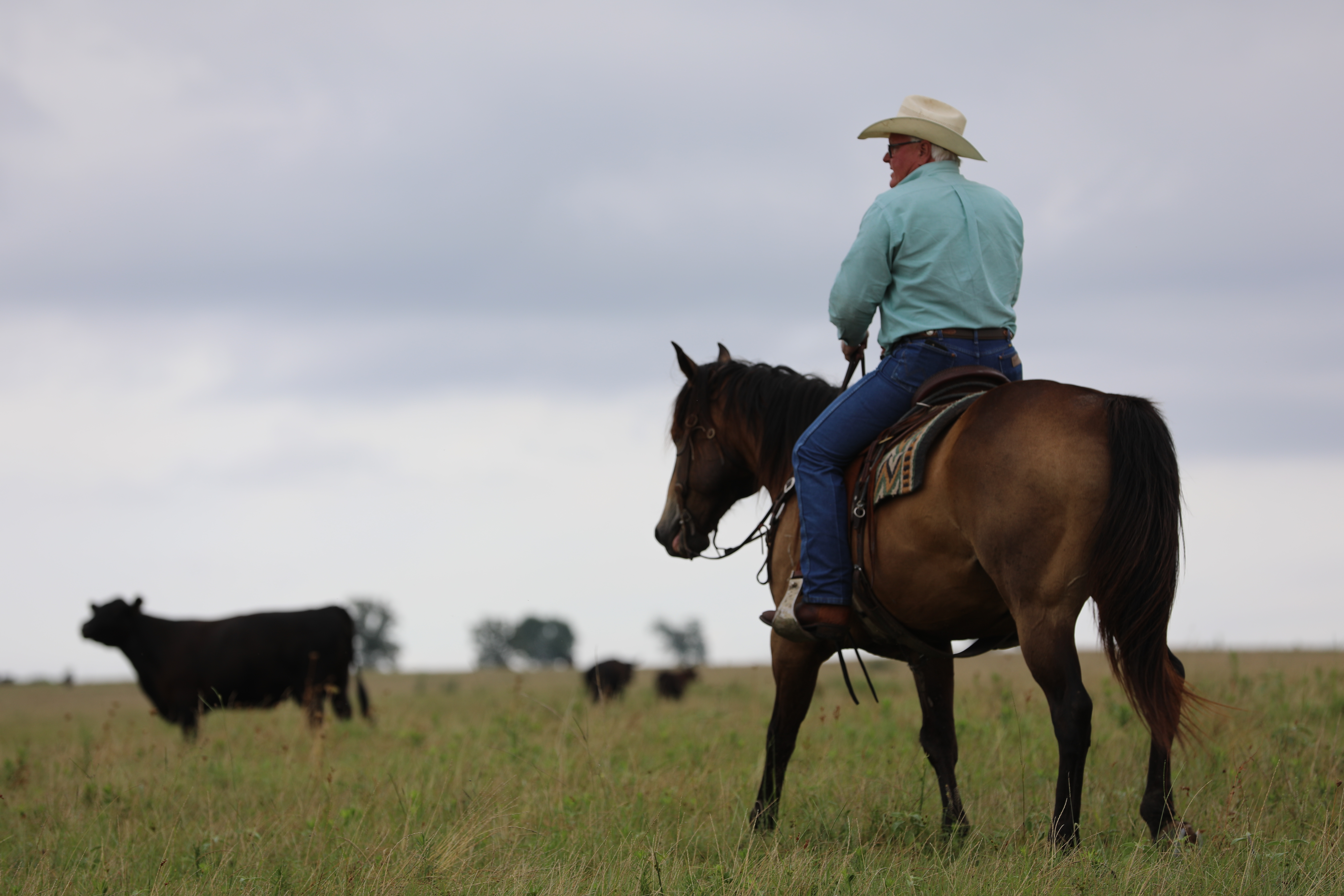 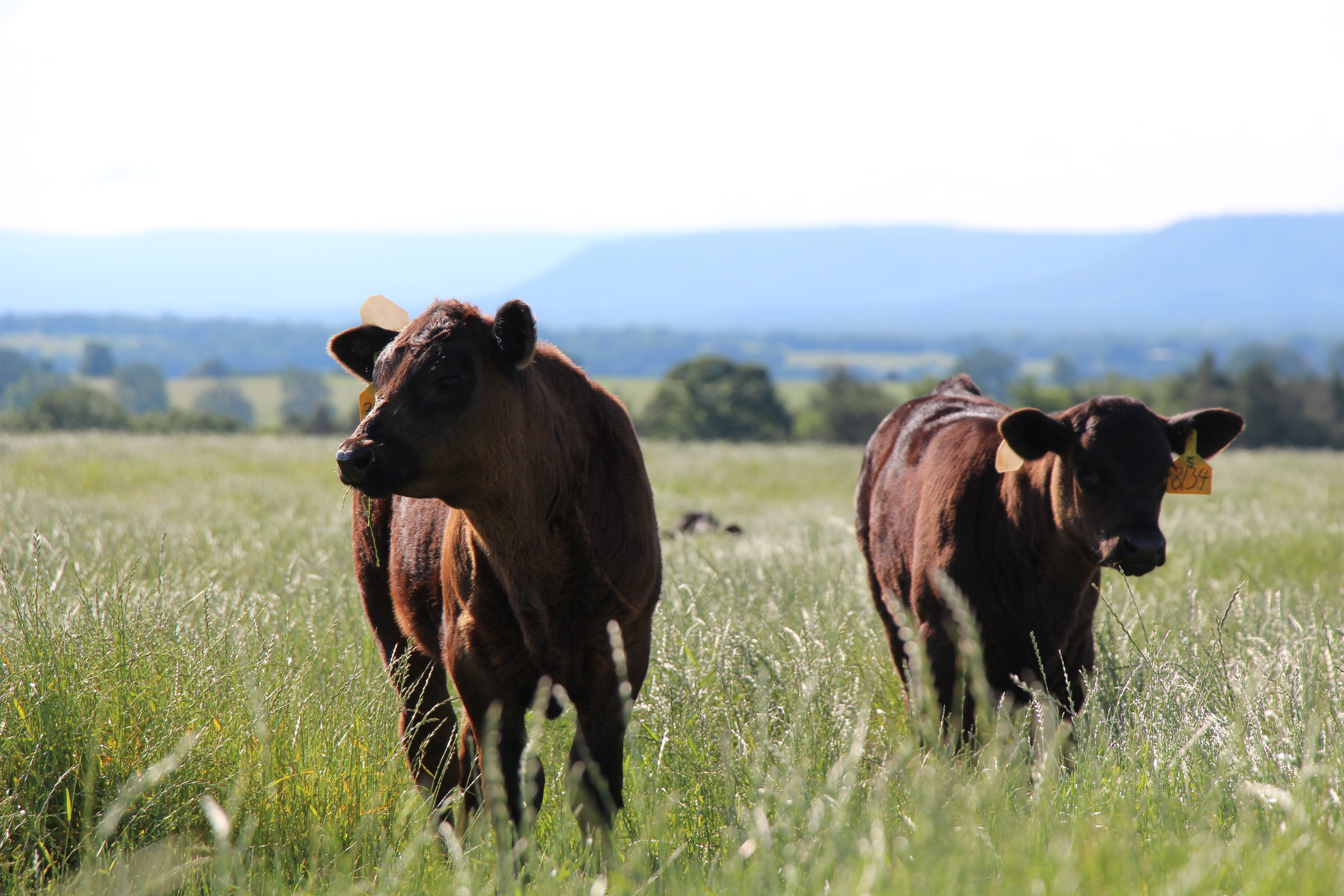 It all ties together in a near-complete package that Tom Williams, Chappell (Neb.) Feedlot, takes off their hands come December. Since STP has both spring- and fall-calving herds, Williams will feed four or five groups of “peewees” off of corn stalks, weighing 550 lb., throughout the spring before the fall calves arrive. He credits the cousins’ use of technology and genetics as reason for improvement – acknowledging the cattle were off to a good start the first day he ever saw them. “I’d classify their cattle this way,” Williams says: “They were among the better cattle we’ve fed when they came [back in 2010] maybe top 15-20%.” In the six years since, STP cattle have improved in marbling, cutability and performance, “now being the top or one of the top,” Williams says. “And we feed the good ones. Technologies such as reproductive tract scoring have eliminated cystic ovaries or other abnormalities that can exist in the uterus. Indexing for return on investment from retained ownership helps them eliminate the bottom end of future calf crops. Then there’s DNA-based evaluation. “Genomic testing is a game changer,” Taylor says. “It’s revolutionary.”

With 40% of heifers in the mix, Williams says he’s not even getting the best STP has to offer. Even so, they are always above average. While gaining nearly 700 lb. in the yard, they’ll boast an average daily gain of 3.9 lb. and convert at a ratio of 6.4 to 1. Yield grade 4s are held to 5% while, on average, 66% qualify for the CABbrand and its CAB Prime extension. “We feed a lot of northern cattle here, obviously more than southern,” Williams says. “When I drive by them in the lot, I’ll tell people, ‘These cattle are from Arkansas,’ and they just give me this ‘What?’ face like they can’t believe it.” For that part of the world, it may be easier to raise something that’s less straight Angus, Williams says. “But phenotypically, these cattle are stout, their frame size fits their muscle package and they marble. He’s striving for 100% CAB.” 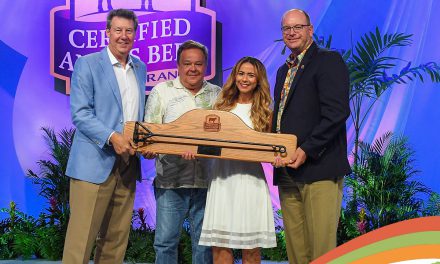 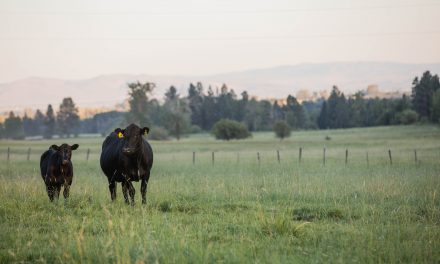 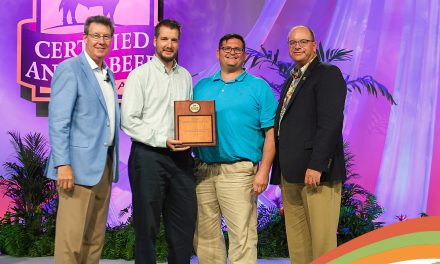