Minnie Lou Bradley is not sure what surprised her more: there were roots, or that they were alive. Nothing above ground promised either.

“I didn’t know until later,” she recalls, “But no one had ever owned this piece of country for over 10 years without going broke.”

Sixty years later, grasses are nearly stirrup high, water is no farther than a half mile away from any direction, and the Bradley 3 Ranch (B3R) herd is doubled in size and expanded acreage several times over.

The changes are a result of investments over time, making the land better through cattle. Consistent progress and creative methods in developing their ranch earned the Memphis, Texas, cattle family the 2021 Certified Angus Beef Sustainability Award.

In the early 2000s, Minnie Lou’s daughter, Mary Lou Bradley-Henderson, and her husband, James Henderson, sold their meatpacking company, B3R Meats, and returned to the ranch. They mapped out a 20-year plan, picking up work Minnie Lou started. The fruits of their labor are evident this year.

With an average annual 18 inches of rainfall, water is the elixir to life in these parts.

The plan: build more opportunities for water, gouge out the scourge of water-guzzling brush one by one, and bring back the grass while managing a quality-forward seedstock business.

Droughts are not an “if,” but a “when.” James and Mary Lou do their best to prepare for them, but the record drought of 2010 to 2014 changed everything.

They thought they had a drought contingency plan, James says, “But we didn’t have enough of anything—grass, hay or money.” 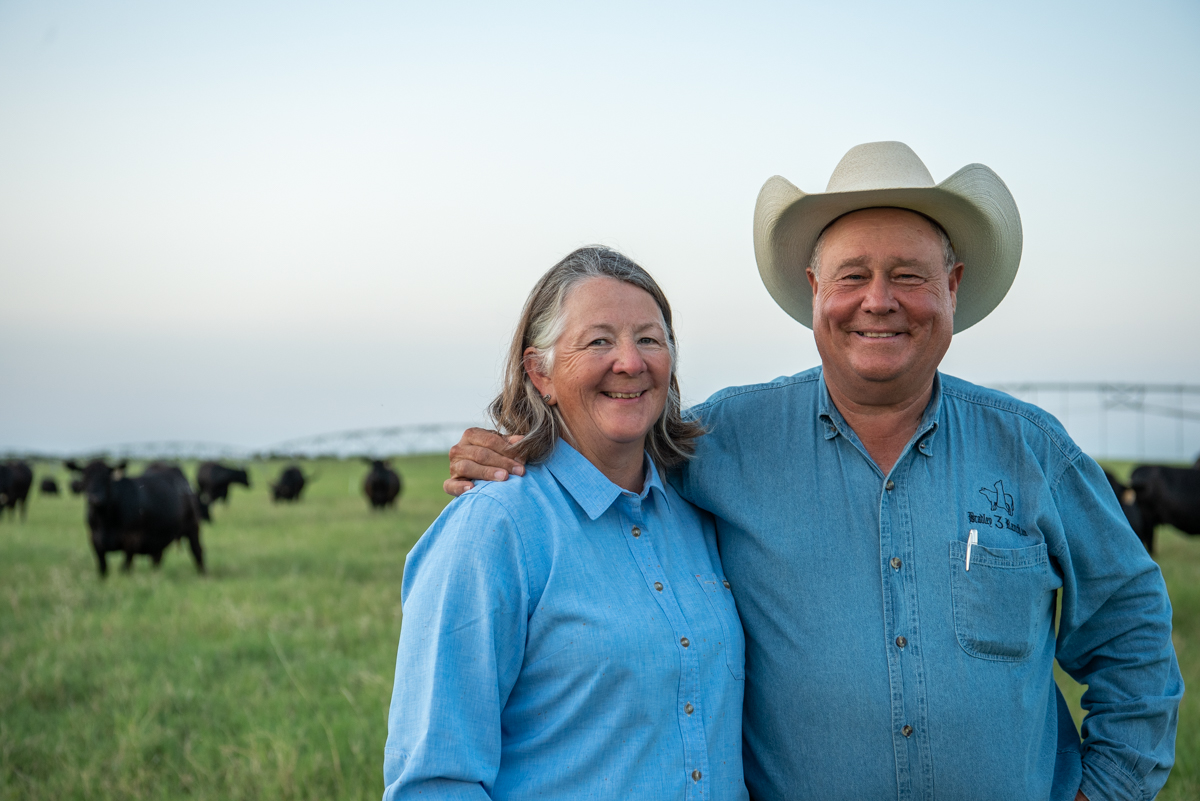 They formed a new plan. First, they invested in stock tanks (West Texan for ponds).

It takes about 10-years to fill them. There are nine operational ponds now and more on the way.

“We’ve got 45 tubs on the ranch, all about 2,000 gallons each,” James says. “They’d typically be dry come springtime and we’d lose another 4,000 gallons in the summer to evaporation. We’re saving several thousand dollars a year.”

Other touches include solar-powered wells with overflow ponds. Brush removal has brought back wildlife, now able to drink from springs that have emerged.

To Mary Lou and James, sustainability is as much about the efficiency and quality of the animal as it is about land and water.

They’ve built indexes around the performances of their cattle and focus on cows that can raise a calf, breed back, do it on minimal resources and maintain their flesh. With their background in meatpacking, Mary Lou and James always keep carcass quality top of mind.

“We’re trying to get a very highly productive cow,” she says. “One that will have calves that’ll work downstream for some of the Certified Angus Beef ® steaks later on.” 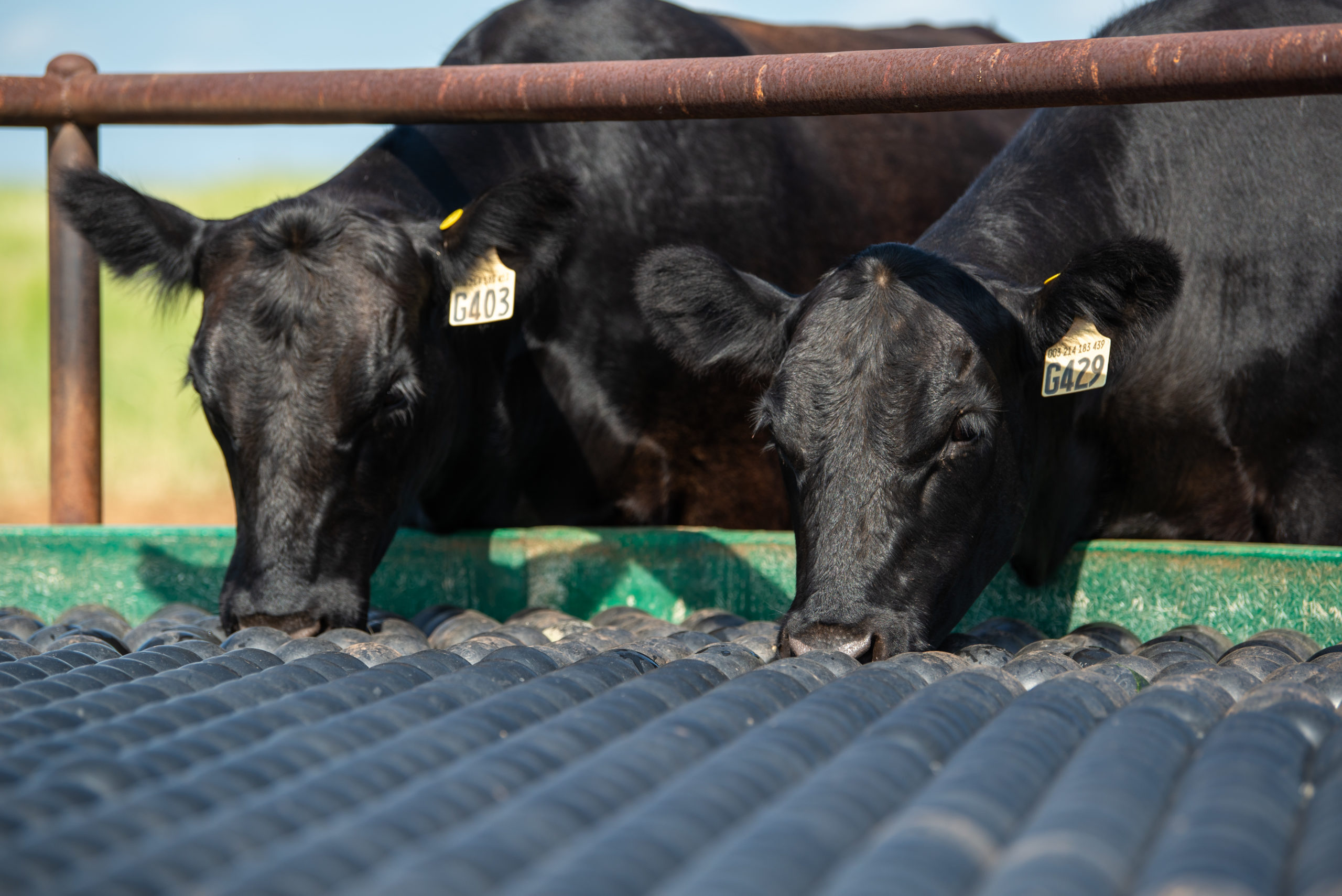 While the genetics and performance indexes are finely tuned in a detailed spreadsheet, grass management for nutrition is just as intentional.

“To maintain grasses in a fragile environment, you’ve got to be able to let them grow plenty of roots,” James says. “If we are grazing those grasses, then they regrow and refresh and redo. If you don’t, they become stale and basically worthless from a nutritional standpoint.”

This year their cows weaned 61.4% of their body weight and averaged a body condition of 6 to 6.5. A big deal in the Panhandle, Mary Lou says.

“For us, if you don’t have the bottom line, we’re not here,” Mary Lou says. “We’ve got to make it work. Truly, we are sustainable or we’re not.”

Nothing is a one-year thought process, she says. Just like building a fence, Mary Lou asks herself whether their decisions will last the next 50 years.

For the generation before, the progress made is already worth the struggles.

“It’s taken 60 years to figure this all out, but we are about to get those grasses back that stirrup height,” Minnie Lou smiles. “It quite grabs my heart when I walk into those pastures and remember what they were and what they are today.” 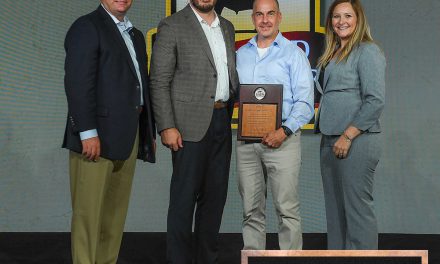 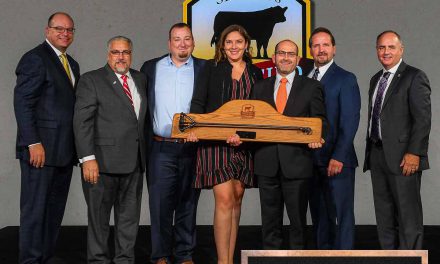 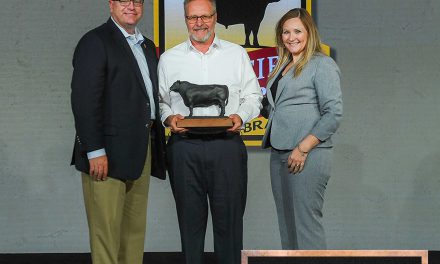 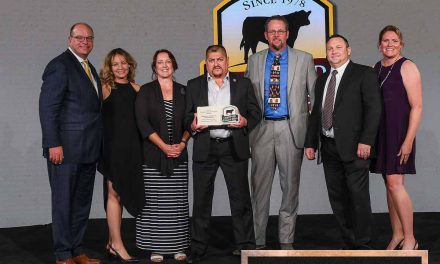