Built on a Breed

When the first Angus sire arrived at Spring Cove Ranch in 1919, no one could have predicted his legacy. Old, handwritten herd books trace the first pedigrees of the Butler herd to a time when cattle were traded for a saddle and a good meal. The yellowed pages reveal registration numbers with only 4 digits, traced as forebears of cattle grazing these high desert ranges today.

Self-proclaimed “number nerds” Art and Stacy Butler inherited the craving for information documentation on their herd of 800 cows.

“Data collection, and specifically EPDs (expected progeny differences), are tools we’ve been able to use through the years to create the proper combination of marbling and function and form and maternal and feed—and whatever else it takes to make the Angus cow that’s going to survive on the western range and also produce a Certified Angus Beef ® (CAB®) steak,” Stacy says.

All Butler bulls are genomically tested with Angus GS and more than 60% of those in their annual sale earn the CAB Targeting the Brand™ logo, signifying breed average or above for the Marbling EPD and $Grid index. Each bull gets its own Spring Cove Ranch calving ease score that consolidates genetics, genomics and cow-family data to provide extra analysis on potential herd sires.

The main goal is an Angus bull whose progeny thrive on the western range and have the carcass traits and growth characteristics to generate premiums for commercial cattlemen while balancing a focus on breeding cows that “keep us all in business” with strong maternal values.

The philosophy isn’t new. It serves a vision the Butlers held long before the market directly justified it, and it earned them the 2019 CAB Seedstock Commitment to Excellence Award.

A student at the University of Idaho when USDA lowered the grading standards in the mid-1970s, Art saw the industry moving toward a leaner product but kept steering his herd the other way.

“We were breeding to high marbling bulls, mainly because we wanted to improve the quality of the cattle and add value on the rail,” Art says. “When we started to market a few cattle on the rail in the ’90s, that’s what paid the bills, was marbling.”

It’s hard-earned knowledge he works to pass on to his bull customers today.

“Marbling is something that you can add to these cattle no matter what size and what your goals are as far as productivity,” Art says.

Form, function and fertility come first. They don’t preach single-trait selection, but say those necessary traits are already built into the Angus cow. “It’s what has made her ‘King’” Art says.

Some say great cows and exceptional terminal traits don’t happen in one package. Art and Stacy prove they do.

“The Angus cow has provided a living for the Butler family for 100 years,” says Stacy. “She has done so through droughts and storms and floods and diseases and generational differences and different genetics.”

They lay the accolades of what they’ve built at her feet, but credit data and targeted selection as vital tools along the way.

“Helping our customers market their cattle, and more than that, trying to help them get a premium for the genetics that they’ve invested in,” says Stacy. “The premium paid by the consumer at the end needs to trickle down to the cow-calf man that is actually producing that calf.”

“Cattle with credentials” like carcass genetics, source- and process verification or Natural and other certification can help Western commercial cattlemen capture another bid and dollar, Art says. Historically, his program cattle bring as much as $67 per cwt. over the average black calf.

The dollars add up, for one customer all the way to $169,000 for a truckload headed east.

“I think a lot of people are thinking that maybe we’re going to saturate this market with high-quality cattle, but I think the demand is only growing and worldwide,” Art says. “A small part of this world today eats the premium product like we do and the others are now finding how tasty it is. They’re going to want more of it.”

The Butlers will be here with a ready supply of carefully selected Angus seedstock, continuing the work of converting forage from non-tillable lands into valuable protein.

A century after the first Butlers partnered with this land, it’s become a place few would dispute as a perfect home for ranching. The cattle are better and the land looks refreshed and invigorated compared to the black-and-white photos of times past. The next generation of Butler cowboys are learning the ropes as so many times before. 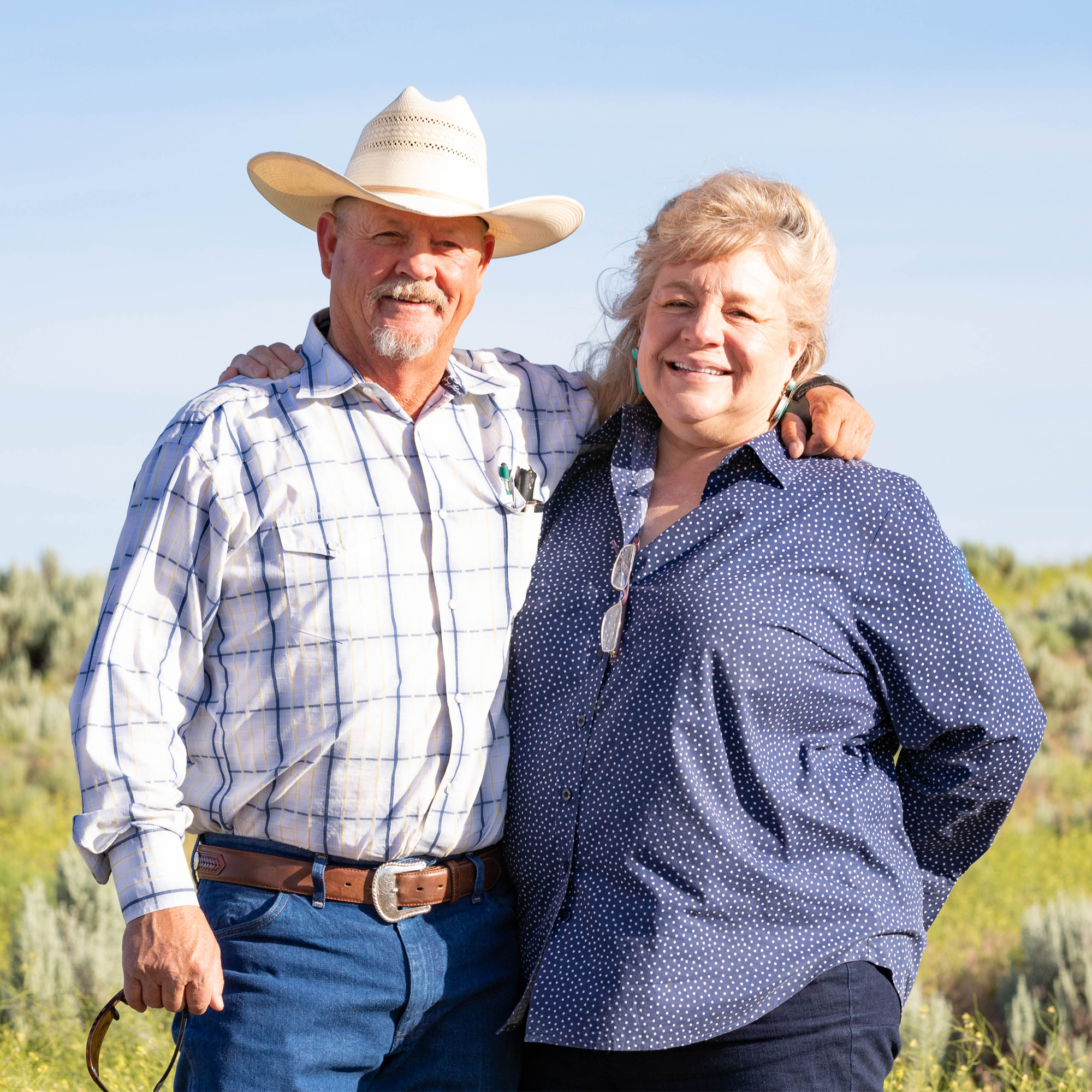 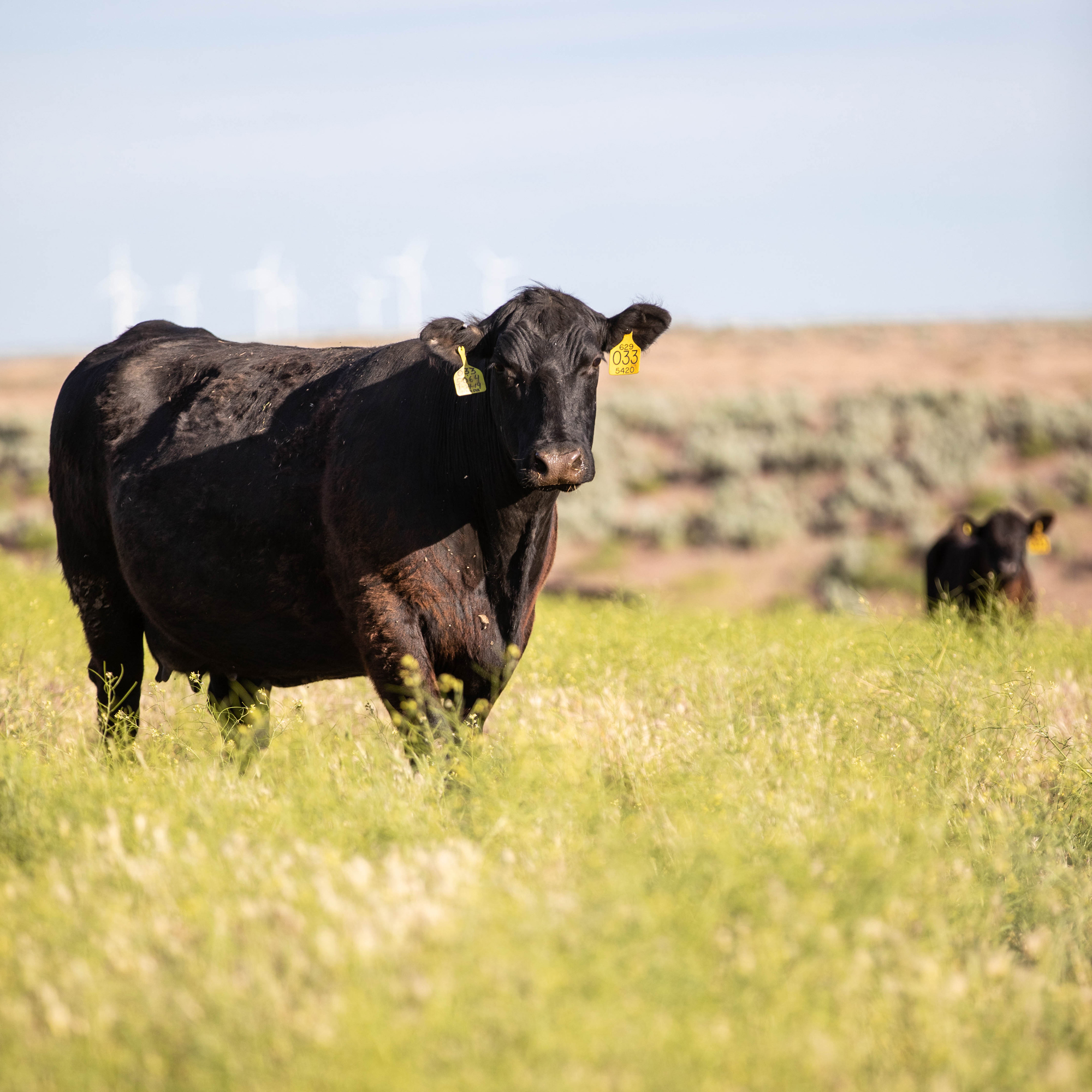 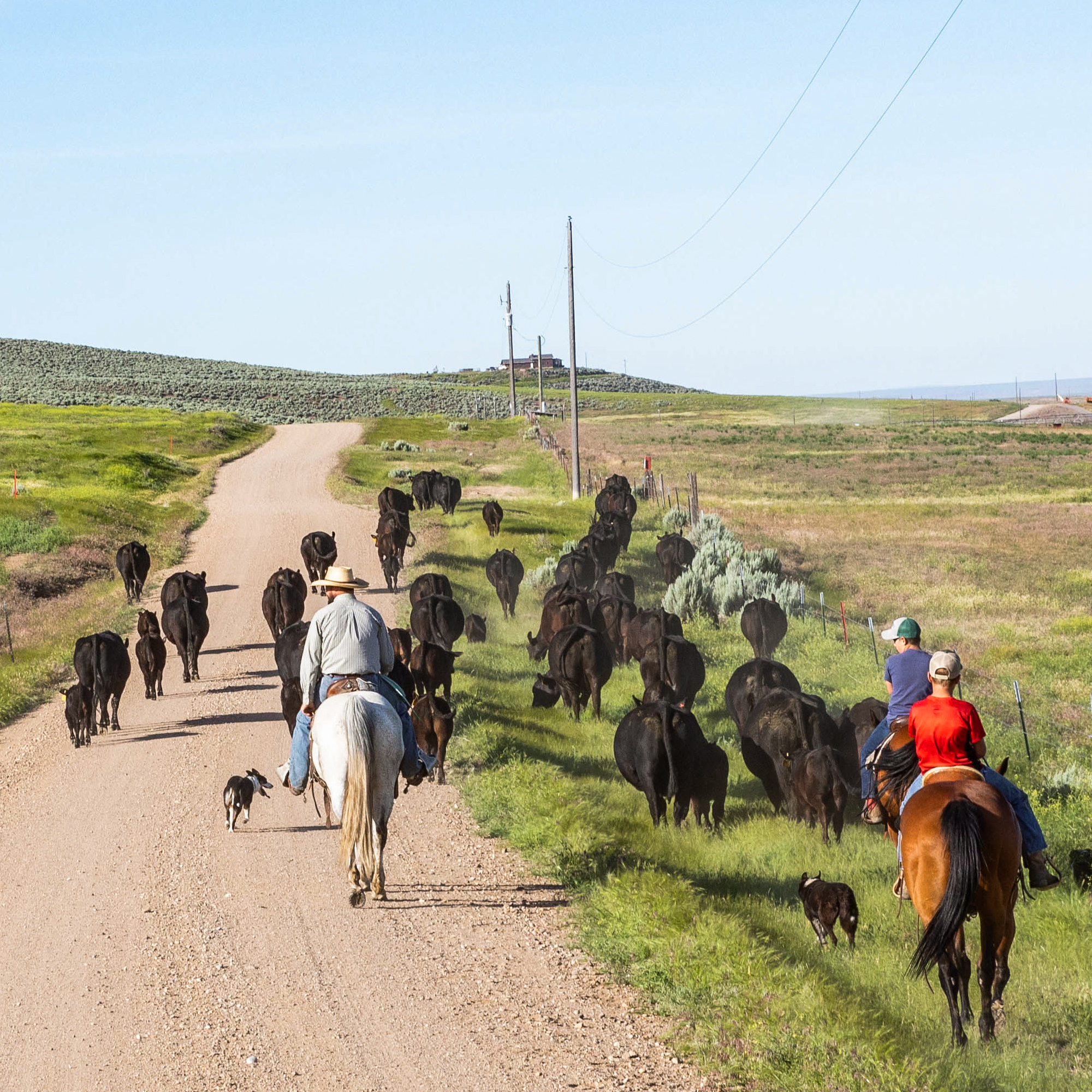 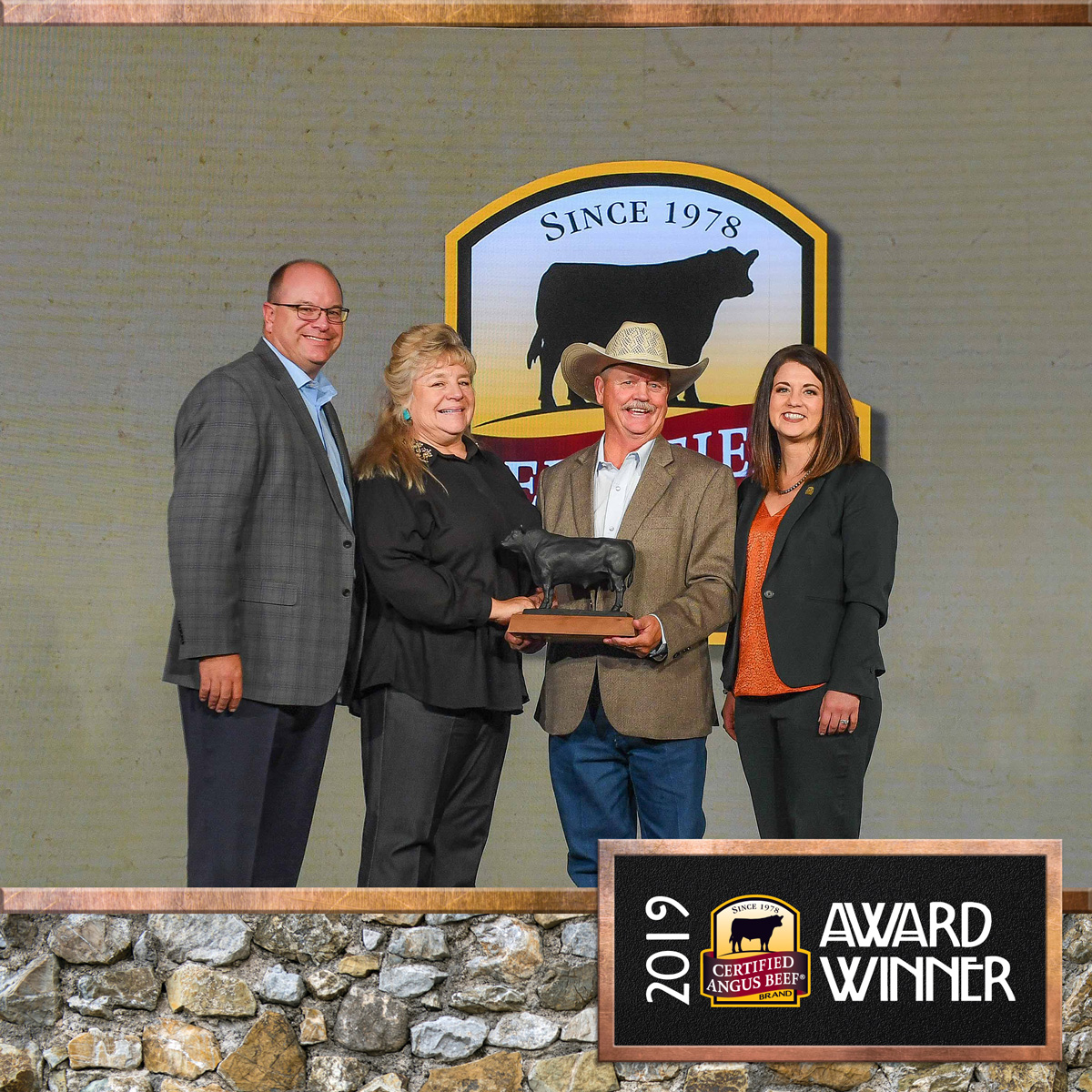 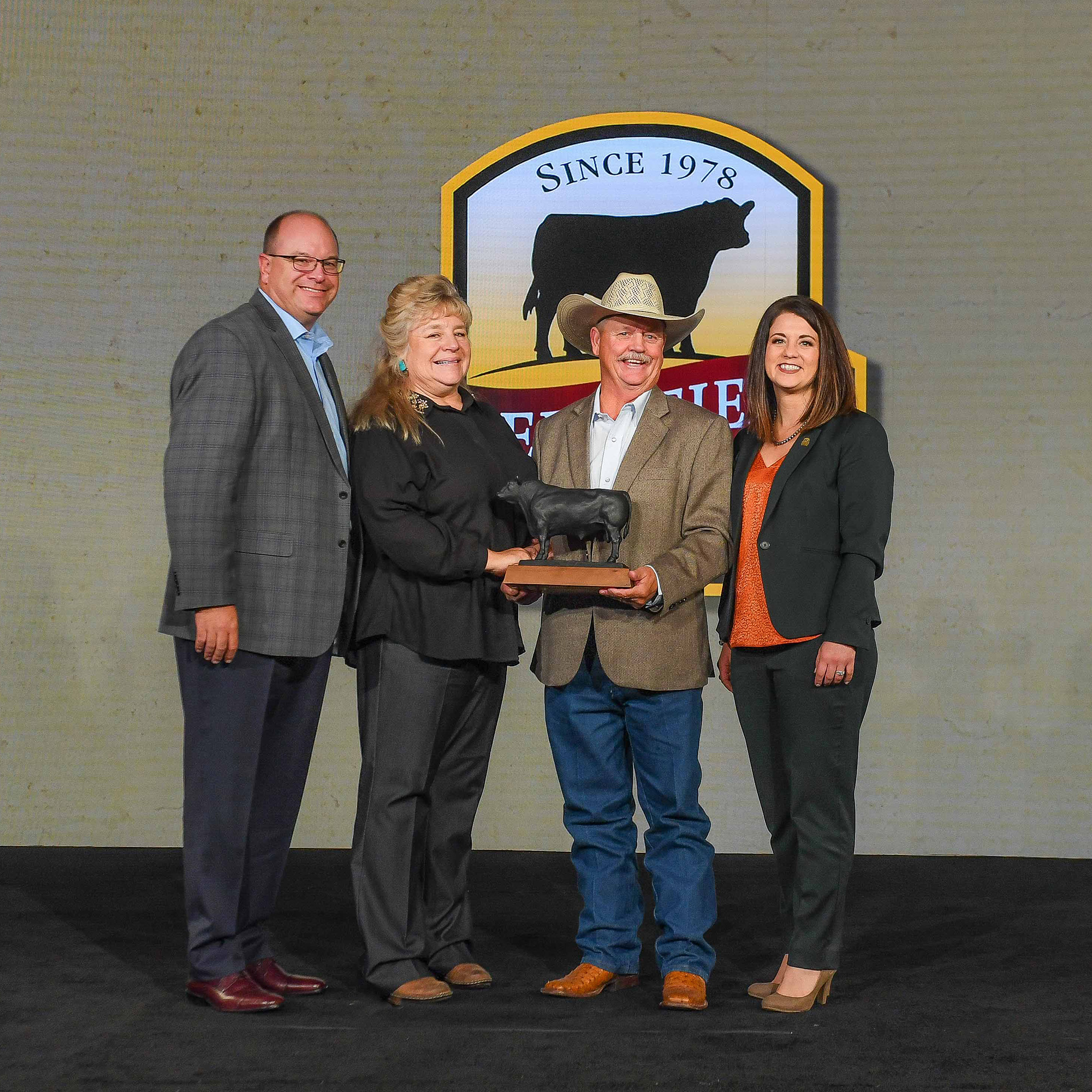 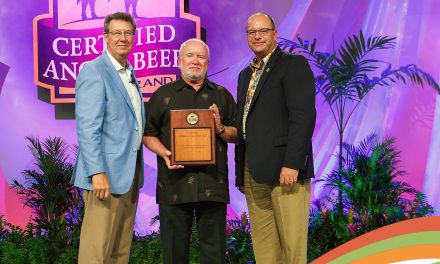 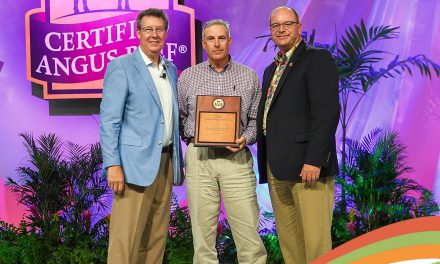 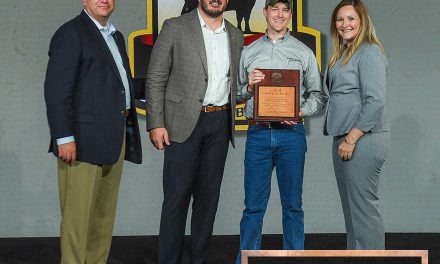